Nigerian singer, Cynthia Morgan has revealed that afrobeat singer, Davido, refused to pick her call after he tweeted and asked her to call him. 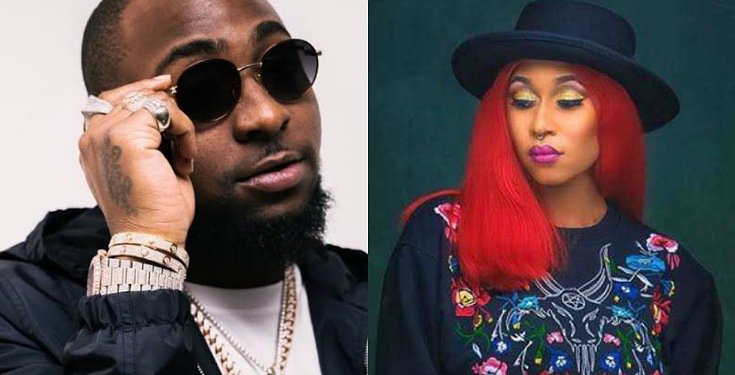 The “German Juice” crooner made this known in a recent exclusive interview she granted HipTV, an entertainment TV channel.

She noted that she reached out to Davido severally via calls, WhatsApp, DM and other social media platforms but he ignored her calls and hasn’t reached back to her ever since then.

It all started after Cynthia Morgan had an epic showdown with her former manager, Jude Okoye of Northside Entertainment.

She had called him out on social media for allegedly “killing” her music career and blocking her access to her social media pages.

She also alleged that her former boss owed her money worth millions of Nigerian currency,made from her music streams.

It was in the midst of all these that Davido has reached out to her, requesting that she should call him.

However, Cynthia Morgan has disclosed in a new interview that the “A Better Time” album owner and “FEM” crooner did not get back to her till date.

Cynthia Morgan reveals that Davido didn’t pick her calls after telling her to call him.pic.twitter.com/ZuHTBoKtSo