A man took to Twitter to tell women that it’s “unladylike” to eat all the food in their plates or chew bones while on a date. 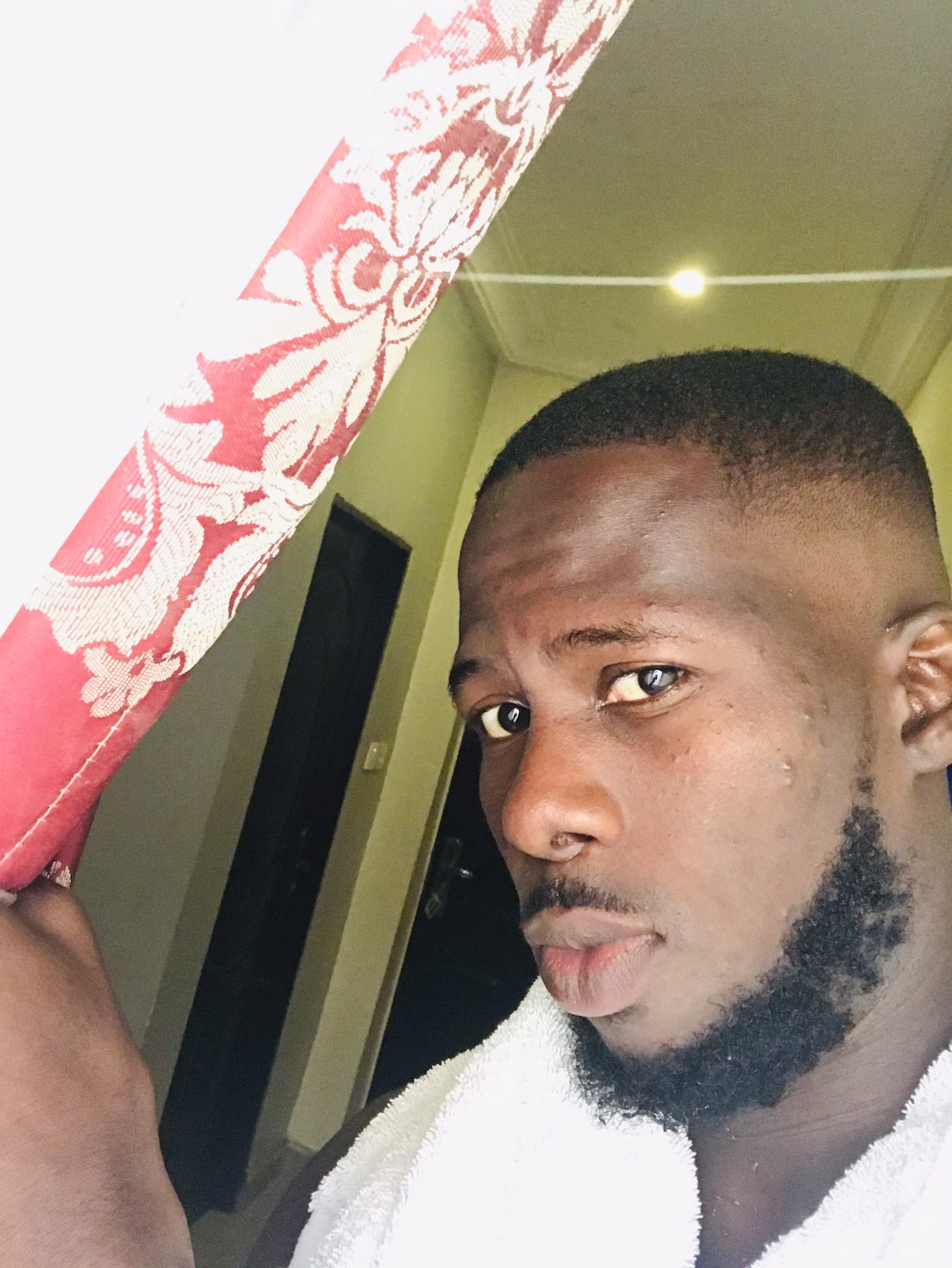 He also listed other things women do during dates that put men off.

He said, “any woman that attempts to request for take away on a casual date is not a spec.”

He added that some of the women “pretend” they want to pay for the takeaway by themselves just because they know the man will offer to pay.

He said he’s not asking women to “form”, then went on to tell them to hide their true selves by doing what is publicly acceptable. 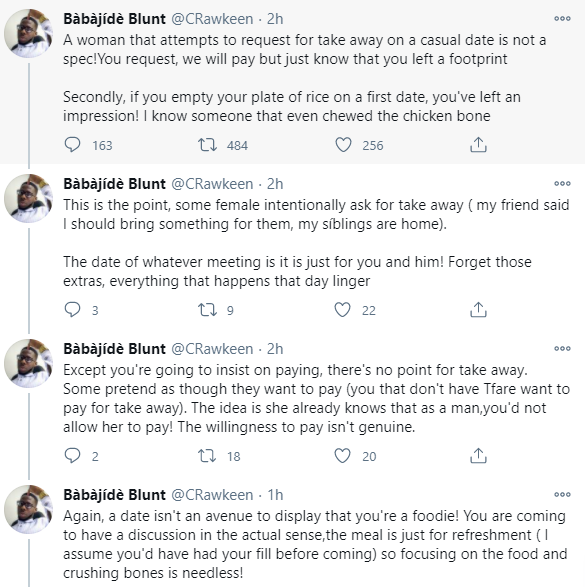 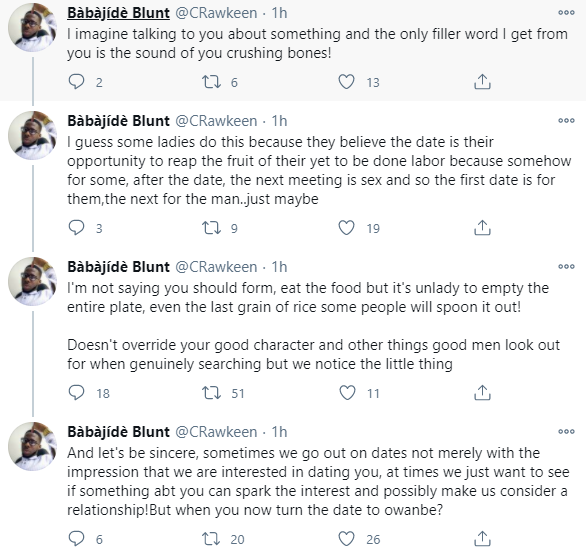 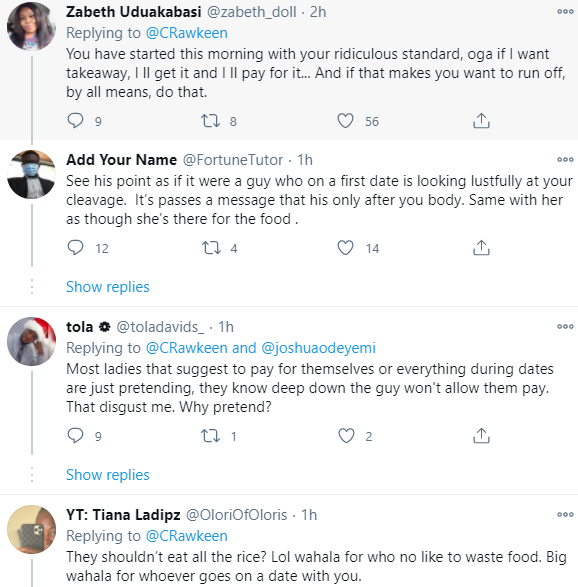 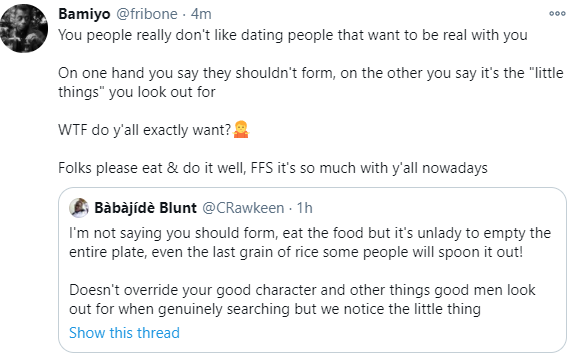 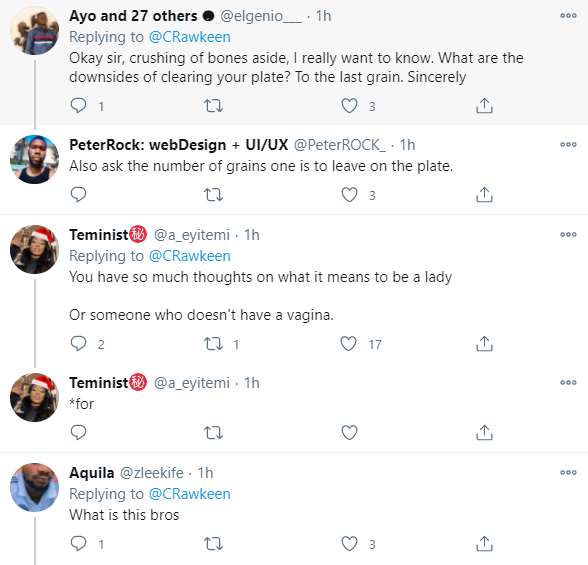