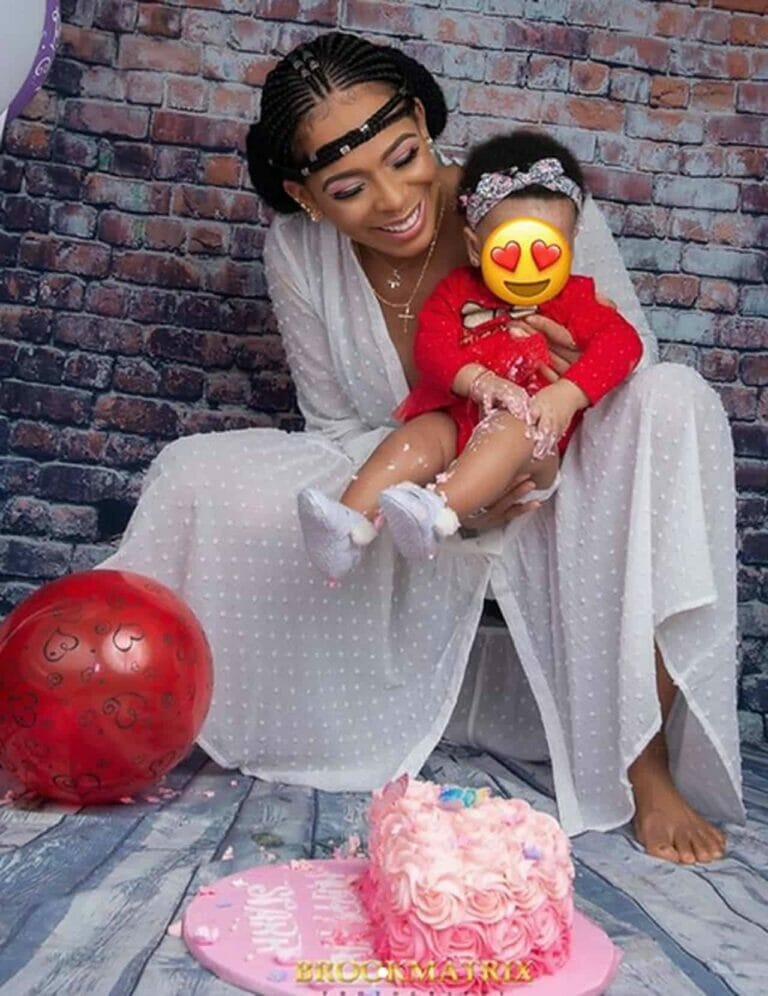 For the umpteenth time, second runner-up in 2017 Big Brother Naija reality show, Tokunbo Ajayi, also known as T-boss has hidden her baby’s face out of shame, in her newly posted photos of her to mark her 6months birthday.

The former reality star and brand ambassador had a mini celebration,
that included a cake with the words “Happy half” written on it.

Sharing the photos, Tokunbo Idowu wrote: “I was sure. Actually I was
positive that I wouldn’t be that Mom. But I am. I’m soooo that Extra
Mommie & My girl Loves it.

“She didn’t just smash her cake, but she actually fed me some & by feeding me I mean my whole body #HappyHalfBirthday my Beautiful Princess. You are such a Blessing & Shining Light to Us all.”

From hiding and denying that she was pregnant to now keeping the face of the baby away from the public, Tboss feels the world is not ready to see what her baby’s face looks like. Since her face is hidden, no one will be able to link a resemblance to any man. UTI Nwachukwu and Ubi Franklin have been suspected to be responsible for the baby, but none of them has come out to deny the rumors.