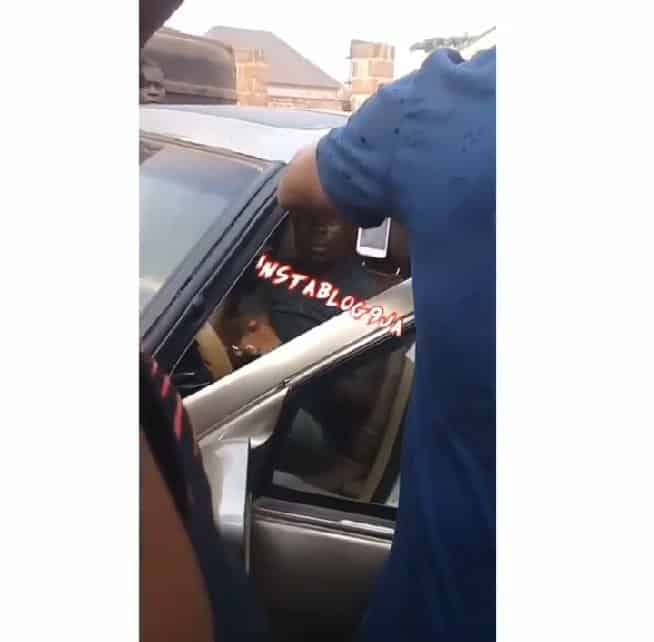 Wonders cease to end, as people of Ikhuewn community, BeninCity,  Edo state are yet to come to terms with story of an acclaimed wizard who got trapped inside a locked car.

The wizard, identified as Success, was spotted in a parked car belonging to one Papa Benjamin.

An eyewitness revealed that the neighborhood was woken up by the scream of Papa Benjamin that a man was in his car that was locked by him the previous day.
“The car was opened and Success was found in the car with a padlock and keys. He initially pretended to be deaf and dumb but started speaking immediately a slap was launched on his face by the neighbors who had assumed he was a car thief.
When they interrogated him further, he confessed to being a wizard from heaven and  was sent to move the car out of compound at midnight but was prevented by kids he saw in the compound,” the witness said.

The police were notified but they refused to show up, saying the case was that of witchcraft and they wanted no hands in it. Success has since been taken to the Enogie (Chief) of the community for further questioning.